7:04 PM
Petar
14
Brussels - The European Union on Monday adopted a new set of guidelines governing the use of body scanners and addressing privacy concerns that have delayed their use at airports across the continent. 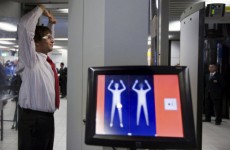 Siim Kallas, the EU commissioner responsible for transport, said that under the rules the technology will only be used with strict safeguards to protect health and fundamental rights.

"Security scanners are not a panacea but they do offer a real possibility to reinforce passenger security," he said.

The scanners, some of which produce nude-like images of passengers, are already used in the United States and elsewhere as a more effective method of screening passengers than metal detectors.

Scanner technology is developing rapidly and has the potential to significantly reduce invasive pat-downs.

The latest machines are equipped with software that displays a generic outline of a human body, with a red box around the area where a passenger may be concealing an object.

EU member states and airports do not have an obligation to deploy security scanners, but if they decide to use them, they will have to comply with the operational conditions and performance standards set at European level, the transport commission said.

Under the new legislation, security scanners must not store or copy any of the images, and the security staff analysing the images will be located in a room separate from where the actual screening is conducted.

In addition, passengers must be informed and be given the right to choose an alternative method of screening.

And in order not to risk jeopardising citizens' health and safety, only security scanners that do not use X-ray technology can be used at EU airports, the commission said.
Newer Post Older Post

I still wouldn't use these things. Touch me all you want, I'll always decline the scanner.

Crazy times we live in my friend.... better safe then sorry.

X-ray goggles for marines have been deployed, too. This was somewhat expected, so... :P

I think these scanners harm your privacy...i hope they stop to use them

I tink this is a anti vandalism sistem

When they scan you, you can scream RAPE!

This really scares the shit out of me!

When they say nude like images, they mean you see a little bulge, people are complaining for the sake of complaining, this thing could save thousands of lives, I for one, support it!

are they really serious??