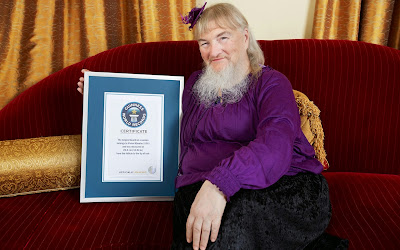 Vivian Wheeler, also known as Melinda Maxie, is one of those iconic Guinness World Records personalities and holder of a classic title—longest beard on a female—yet, oddly, she’s not someone we’d ever photographed. With her 10-inch whiskers, Vivian cuts a striking pose, as our team discovered when they traveled to her home in Oklahoma to finally shoot her for this year’s new book.

Vivian, who spent many years exhibiting her beard in sideshows under the alter ego Melinda, suffers from hypertrichosis and had to start shaving at the age of seven. She later decided to let the facial hair grow and now keeps her whiskers at a manageable 10 inches, usually tied up to allow her to continue with her day-to-day routine.

Amazing anatomies like Vivian’s are just a small part of the superlative spectrum, but they’re important gateway into the astounding world of record breaking. It’s images like these that sparked my interest in Guinness World Records as a child, so I really hope they’ll do the same for a new generation of readers. 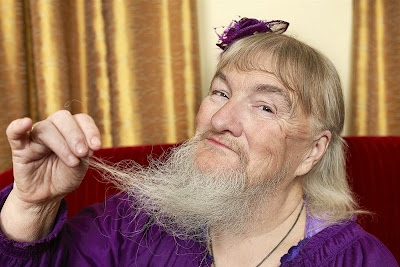